These are just some of the Lappies that have found themselves in dire straights in the United States who have found their forever homes.  Please note that none of these dogs went through LEA directly, as LEA only became a legal entity in 2014, however all but the Cali Group were rescued by LEA members long-prior to LEA's formation.

One of the earliest rescues of documented Lappies in the United States, undertaken by members of LEA prior to its formation included this group of five dogs who were rescued from a hoarder in Delaware.  So, why did we call them the half-dozen?  Sadly there was a sixth dog who was euthanized for kidney failure prior to his freedom. We do not forget the loss. 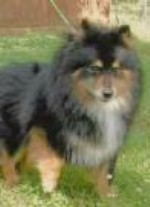 Peppy was the baby and quick to adjust! 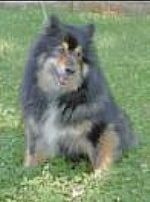 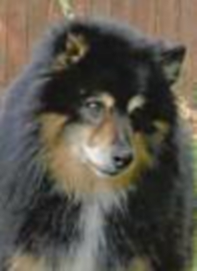 Magic! She was the most socialized and was a breeze! 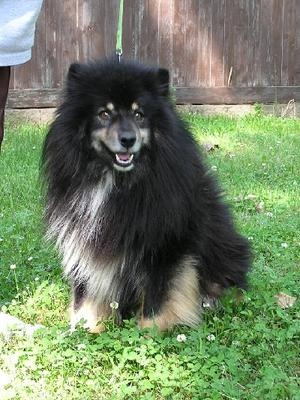 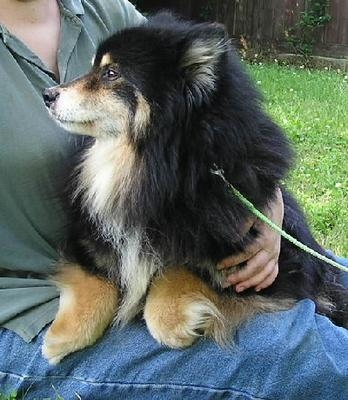 Wolfie never left his rescuer's home. He was content and happy. 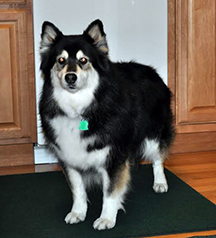 Along with the Delaware Half-Dozen which were taken in by us, were a good many Lappy -Samoyed mixes who were adopted out through Mid-Atlantic Samoyed rescue.  Jada, who was adopted by TBA, was one of that group.  Jada was a wonderful companion for their family. She came to them at age 5, and lived with them until she was 13 years old, when she passed away in 2012, a much beloved pet. 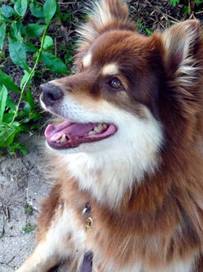 Heikki was the first completely unknown and undocumented Lappy to ever show up in a shelter in the United States. He was an import, and we were able to find out a good deal about his history. Heikki was owned by someone who allowed him to run loose and generally become a menace until animal control took him one too many times and his owner surrendered him (with his vet records), in deplorable condition, at 8-9 years of age. Suddenly Heikki found himself a homeless animal. The shelter did their research and called a Lappy person, and he was rescued quickly, successfully treated for heartworms and his other health problems were addressed also. In December 2009, Heikki was adopted by S.P. and he got a forever home worthy of him, sheltie playmates and a new name, Mike.  In spite of the hard times that had befallen him, he was happy. Every day, he seemed to find something that made him happy!

Sadly, Mike's ehrlichia was chronic by the time he was rescued, through years of neglect.  For the next 4 1/2 years he lived with the disease, until June 2013, two days before his 14th birthday, the systemic infection became untreatable and Mike bade farewell to his furever mom and his canine housemates. It was heartbreaking, saying goodbye, but he will always have a place in his furever mom's heart, and the lappy world.

The CaliLappies went through a horrific ordeal. Sixty-three lappies were surrendered by their owner (a hoarder),after decades of ill treatment into a shelter in California in terrible condition. Ranging in age from neo-natal (some were born after the rescue) to very senior dogs, virtually all of them had lice, poor teeth, internal parasites, some had heartworms, among many other issues. None had ever gotten any socialization, and all were terrified but willing to learn a new, better way of life.  One older male was euthanized humanely during surgery due to to an in-operable and extremely large tumor shortly after intake. The Cali no-kill shelter who accepted them in turn spread some of them out several to other area sources to help with their extensive medical needs and socialization issues.  All but a handful have found their forever homes as of now, and we enjoy the addition of many of these dogs and their owners on LEA. If you are interested in adopting one, please let us know. And if you adopted one, please join us in our group on Facebook at Lappy Ever After. We'd love to see you there!